Paul O’Brien is a writer from Wexford, Ireland and author of the trilogy Blood Red Turns Dollar Green.

In the last seventeen years he has been commissioned or produced by The National Theatre of Ireland, Druid Theatre, Red Kettle Theatre Company, Town Hall Galway and Spare Key Productions in New York. His professional debut play was funded by Oscar winner Martin McDonagh.

In 2014 Paul was chosen alongside the likes of Michael Fassbender, Rory Mcllroy, U2, Chris O’Dowd and Jonathan Rhys Myers as Collegetimes.com “52 Irish Men for 2014”.

Blood Red Turns Dollar Green revolves around the world of professional wrestling in its heyday, where money is king and the business is protected at all costs. Hollywood screenwriter Paul Guay, best selling author Eoin Colfer, NBC News’ Keith Greenberg, and John Leiberman of The Howard Stern Show have all endorsed Paul O’Brien’s book. In addition, the legendary professional wrestler and accomplished author himself, Mick Foley, has given the book his seal of approval: “A great novel. Like ‘The Godfather’, with suplexes”.

Thanks to executive editor, Cal Barksdale, at Skyhorse Publishing in New York, the trilogy will be published on their list – Blood Red Turns Dollar Green (September 2016), A Shoot (January 2017) and The Hurting Circus (May 2017) 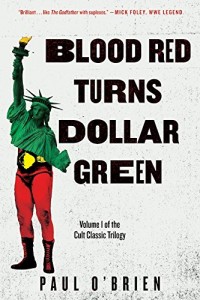 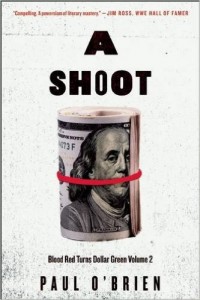 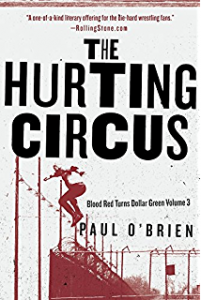