He authored “Golf’s Short Game For Dummies”, and his biography of Hall of Fame radio host J.P. McCarthy was a regional bestseller and sported dust jacket endorsements from Frank Sinatra Jr., Elmore Leonard and others.

His book, “Secrets of the Great Golf Course Architects” featured his interviews with Jack Nicklaus, Arnold Palmer and more.

Shiels also hosts an award winning syndicated morning radio and television show in Michigan which airs on 14 radio stations and one Fox TV affiliate. He has been named “Network Radio Personality of the Year” by the Michigan Association of Broadcasters six times.

Details, podcasts, plus the affiliate list can be found at http://www.MiBigShow.com.

He is a member of the Society of American Travel Writers and the Golf Writers Association of America.

His book, “Invite Yourself to the Party”, featured a cover endorsement from CBS sportscaster Jim Nantz, a note from President George H.W. Bush, and supportive words from celebrities including Sparky Anderson, Brady Hoke, and more.

His most recent book, I Call Him Mr. President, co-written with Ken Raynor will be published in September by Skyhorse Publishers (NYC). 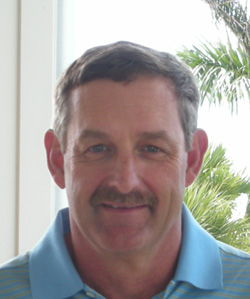 I am honored to be working with Michael Patrick and Ken on this book filled with poignant stories of friendship, including a foreword from Mrs. Barbara Bush.

In this book, Ken Raynor reflects on the life lessons he gained from a friendship born outdoors that has continued to develop over decades, during golf outings that have ranged from Maine to Augusta National to the White House putting green, international fishing trips, retreats at Camp David, flying in Marine One, and many other unforgettable experiences.  Ken has likely played more rounds with a POTUS than any PGA professional in history.

Ken Raynor, head professional at Cape Arundel Golf Club in Kennebunkport, Maine was befriended by George HW Bush. Raynor, who has come to know the worldly yet cordial 41st President as “a man of values and virtues with a real love for people’”, considers it an honor to call the former President a “second dad”. 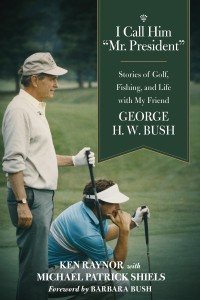