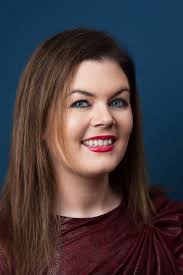 Nicola Cassidy is a writer and blogger from Co. Louth, Ireland. She first began attempting novels around the age of six, but claims it took a random encounter with a ghost in her early 30s before she realised her true calling towards historical fiction writing and her first novel December Girl.

December Girl was picked up by Betsy Reavley of Bombshell Books, a new imprint for the successful crime publishers Bloodhound Books.  Publication date is set for October 2017.

In addition, Nicola was offered a three book deal from Paula Campbell at Poolbeg Books. The Nanny at No. 43 will be released in the summer of 2019.

Nicola (Nicci) Cassidy graduated with a BA in journalism from Dublin City University in 2005. She worked for a short time in journalism before turning to a career in political PR and later, marketing.  While working in Dublin, Nicola undertook a number of advanced writing courses at the Irish Writers’ Centre, and later started a lifestyle, parenting and literary blog LadyNicci.com.

Since 2015 Nicci has been longlisted in the Fish Publishing Short Memoir and the Irish Times Amateur Travel Writer Competitions, shortlisted in the Fish Publishing Flash Fiction and the Celtic Imbas Short Story Competition and selected and published in the Ernest Hemingway Flash Fiction Prize 2015 Anthology and OrginialWriting.ie’s 2015 Anthology. Her writing has been featured on widely read websites such as RTE Lifestyle, The Journal.ie, The Irish Times, Irish Central.com and HerFamily.ie

Her blog LadyNicci.com was shortlisted in the Blog Awards Ireland 2015 and 2016.

Nicci’s play ‘Chop’ was performed live at the Wexford Literary Festival in May 2017 and she came runner up in the JuneFest 2017 short story competition,

She is lives with her husband and two daughters in Termonfeckin, Co. Louth. 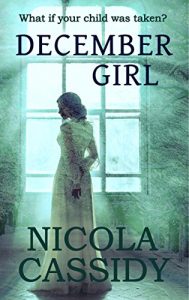